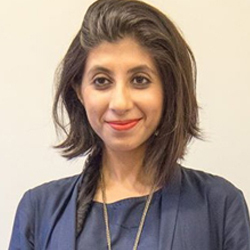 Brides-to-be and their wedding-bound guest list are likely to be eyeing Lahore this month with the PFDC L’Oreal Paris Bridal Week (PLBW) set to take place from October 14-16.

With a new venue and a tweaked format and Sadia Siddiqui once again playing show director, one hopes – against hope – that the fashion week will be bringing something new to the hackneyed annals of bridal fashion.

The bridal rut is a deep, deep one and many a designer has happily sunk into it, preferring to think ‘pretty’ rather than innovate. The designer line-up for PLBW this year isn’t quite as star-studded as it used to be with regulars like HSY, Karma and the House of Kamiar Rokni ostensibly not there. There are other labels, though, that show some promise. There’s also a motley crew of younger names who may just manage to haul in rave reviews. Here’s a sneak peek at what’s coming up…

Wasim Khan is bound to be a feather in PLBW’s cap.

The designer was a founder member of the Pakistan Fashion Design Council (PFDC) and was part of the council’s very first fashion week and people in the know remember his shows from back in the ‘80’s.

For a long time since, however, Wasim has been a veritable recluse, staying away from the madding crowd of fashion weeks, exhibits and unstitched lawn preferring to quietly operate via his studio in Lahore.

His return to the catwalk this year, in collaboration with jewellery brand, GOLD by Reama Malik, is highly anticipated. Wasim has always stood out for his minimal, classy take on wedding and trousseau-wear. One hopes that he’ll able to set a benchmark or two for fashion’s young ‘uns who usually have a predilection for heavy duty, same-looking, mundane embellishments.

2) Here are the bigwigs who are showing:

Also in the line-up are PLBW regulars who tend to deliver on fashion statements – as well as on drama, in some cases. Designer Ali Xeeshan may be loved and hated in equal proportions due to his eccentric ways but one can always count on him to shake you out of a sequin-infested fashion ennui with some good ol’ catwalk antics.

His show this time will be in collaboration with title sponsor L’Oreal Paris. As the Excellence Crème Ambassador of Fashion, he will be showing looks that will also be seen in the brand’s promotional video.

Nomi Ansari is bound to steer his color wheel to spin out a kaleidoscopic confection of design; Fahad Hussayn can be expected to bring together his love for tradition, drama and labyrinthine craft and Sana Safinaz will be visualising the modern bride’s wardrobe, in continuation to their exceptional show recently at Fashion Pakistan Week (FPW) in Karachi.

MAHGUL’s bridal lines in the past have been artistic and cohesive, Misha Lakhani’s work has a distinctive casual elegance, Sania Maskatiya tends to drift towards fusion, Saira Shakira are well on their way to developing a modern signature and Nickie Nina have been catering to the bridal market for a long time.

It’s a mixed assortment of some of bridal fashion’s oldest players with younger labels that have grown strong over the past few years.

Sana Safinaz, Misha Lakhani and Saira Shakira may have only just taken part in FPW but all three ateliers claim to have come up with new collections for their PLBW outing.

“Our theme for the season is the modern bride as highlighted in our FPW ‘Roses and Rue’ line and we will be following it,” explains designer Sana Hashwani of Sana and Safinaz. “This collection, though, will be presenting all new variations and some of the designs are, in fact, more modern than the heavy wedding-wear that have been featured in the earlier show.”

Of course, labels who opt to show at fashion week need to put forward new collections or not show at all. In the past, one has borne repeat collections where designers have simply replaced a gharara with a shalwar or a dupatta with a shawl. However, new additions to a theme that has already been set for the season may just make sense. Sana Safinaz, Misha Lakhani and Saira Shakira presented some very savvy designs at FPW and one won’t mind more along the same lines, as long as it has been tweaked distinctively.

4) The young labels we’re excited for are…

It will be interesting to see how some of the younger labels fare on the PLBW catwalk. One remembers Shamsha Hashwani’s catwalk debut last year where the designer presented minute embellishments following a Mughal-esque theme. Another debutante from last year, Shiza Hassan had dabbled well with craft and cuts.

Sadaf Fawad Khan Bridals will be making its first fashion week foray. The brand may be relatively new but has been fairly noticeable thanks to some savvy marketing and the fact that it is helmed by actor Fawad Khan’s wife. The PLBW debut, then, will be Sadaf Fawad Khan’s chance to uplift her brand from its starry roots and onwards to bona fide, creative fashion. One could, perhaps, expect Fawad Khan to be seen on the catwalk – not that we’re minding!

Like last year, the Pakistan Fashion Design Council (PFDC) has dedicated its early evening show platform to a range of commercially-inclined labels.

This distinction between market-friendly design and the more creative labels comes as a relief and will hopefully mean slicker, shorter evening shows. Perhaps it would also help that the council guides the younger labels towards more avant-garde territory.

The commercial market for bridals is undoubtedly booming but generic design on the catwalk should generally be discouraged, whether in the early hours or later on.