BU response on some false news under circulation in media
Category: News & Events
Published on: September 29, 2019

In response to some false stories circulating in social and the traditional media, following facts are being issued for record:

1. Our Student Ms. Haleema after the unfortunate accident was immediately evacuated to PIMS for treatment under the supervision of University Doctors & Paramedical Staff.

2. With respect to the condition of the building, it is clarified that

In order to provide solace to the family & lessen their suffering, it is requested that we all refrain from spreading baseless rumors please! 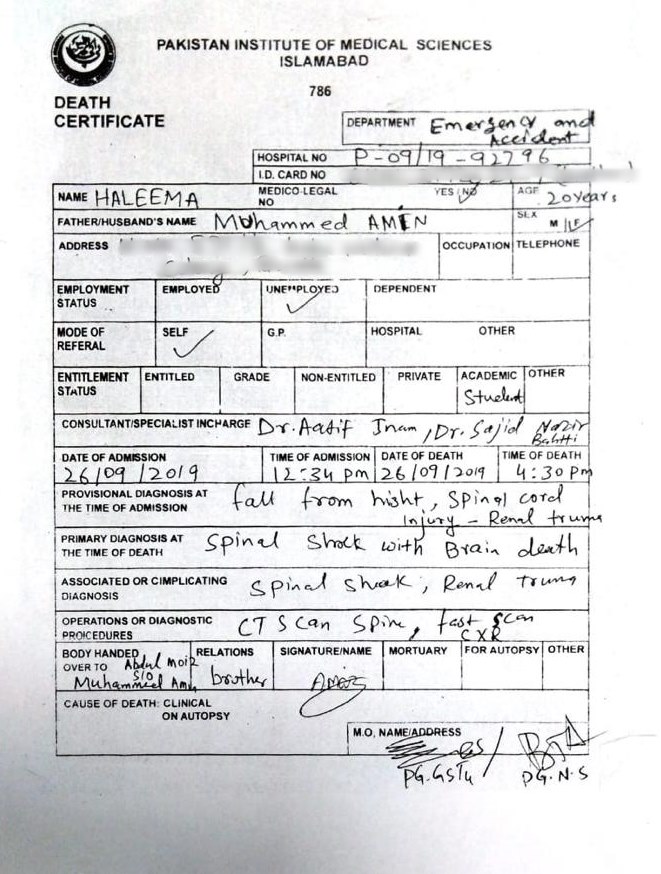 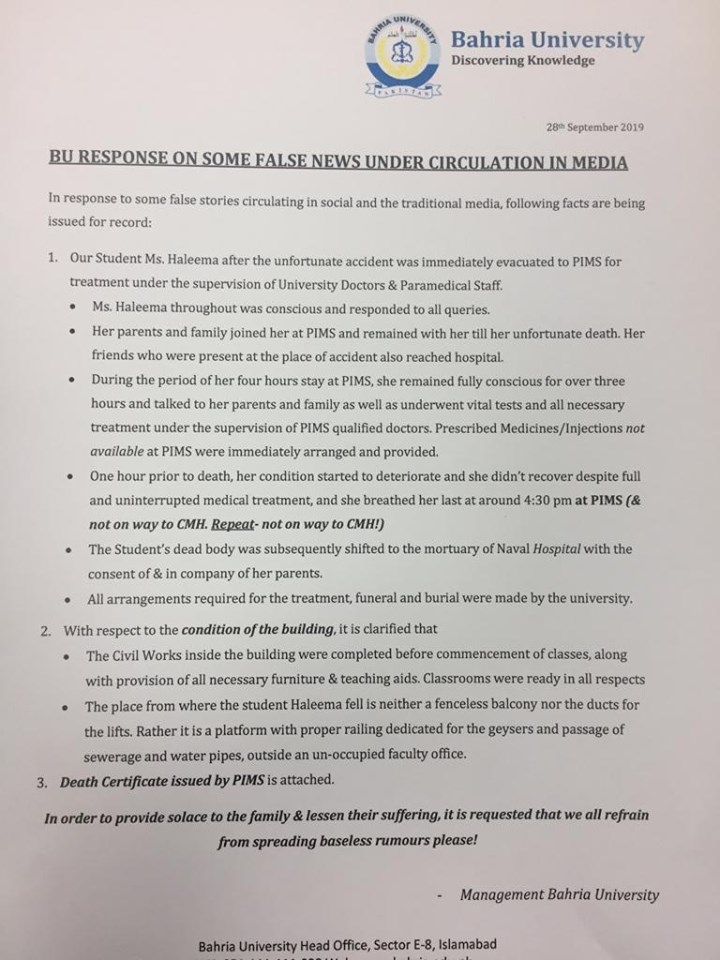